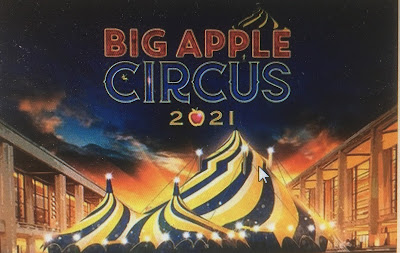 Once more rising from the ashes of bankruptcy -- a form of endurance it has become adept at outlasting --- the long-beleaguered Big Apple Circus makes yet another comeback. This third time around to uncork at Lincoln Center on November 11.  Pray they make it to Queens next April or May – and I’m going. 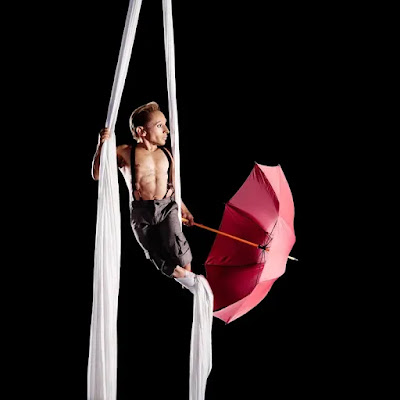 Alan Silva's umbrella intrigues me. The silks could use a good prop.

This time out, gone is any mention of Compass Partners, the Sarasota-based angels who bought the circus out of bankruptcy in 2017, and may now be dining on food stamps behind sad faced clown masks.  Gone too is Remarkable Entertainment hired by Compass, which not so remarkably blew its chance at Comeback Season 2.  You may remember a retired spinal surgeon who took on Comeback Season 1.  The media chirped.  Will they replay the chirp for Comeback Season 3?  Their patience may be running low. So far, little evidence of hometown media running with the news 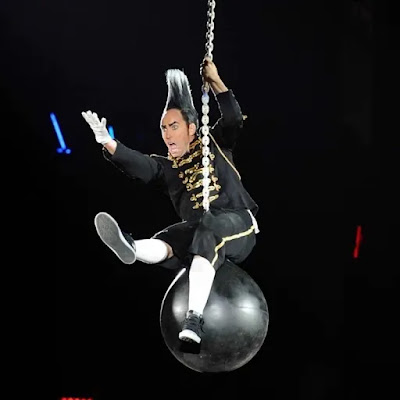 Johnny Rocket.  He makes me laugh already. A runaway Nock?

Enter new lead man Nik Wallenda, whose name alone should guarantee ample New York press coverage.  The nephew of legendary Karl Wallenda is partnering with a conglomerate of entities too fuzzily reported on to make complete sense of.  One is called  “S2BN Entertainment,” another Grand Slam Productions. Remarkable is nowhere in sight.  I’m not wasting any more time trying to untangle this web of murky control, only wondering who really is in charge. For the moment, I’m going with Nik

And just in the nik of time, when Big Apple Circus looked eerily close to a fire sale  Shall we count on three being a charm?  Heck, I’ll even go for four, or more. 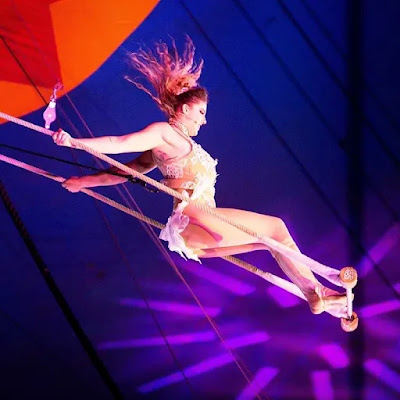 Singing swinger Eli Huber, yes she sings, too! And oh, how daring you don't look with your iron mechanic.  Nik: You booked her?

And what to look forward to? Most impressive to my eyes are at least the first two of these three promising elements, all of which speak well to Nik’s showmanship:

1.  Show to be directed by Phillip William McKinley, a former Ringling knockout stager with a gift, when it is turned on, for brilliantly shaping and pacing circus action.  His Ringling unit at Coney was the best damn circus show I have seen in many seasons.

2.  America’s Got Talent contributes as a valuable tie-in, thanks to the populist exposure it has given to a few of the show's acts.  This gives Nik’s PR department ample human-interest material to push on the media.

3.  The Loner Edition? On paper, a slew of solo artists from around the world — perhaps too many solos —  promise a vibrant spread of intense novelty. Houdini Illusion to tiny dachshunds.   Some have worked on Cirque du Soleil shows, but none tout Monte Carlo medals. Should we be surprised by the lack of Asian faces? I am disappointed but not surprised, given the simmering US-China tensions.  The bios on them are wordy, and two do not even spell out what the artist actually does!  Excuse me? 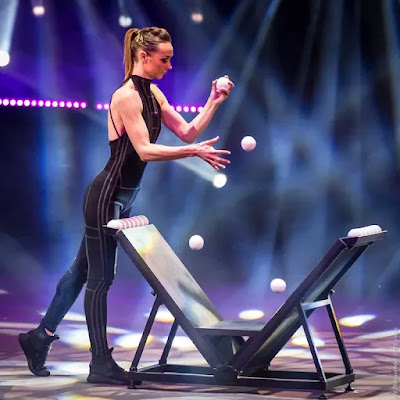 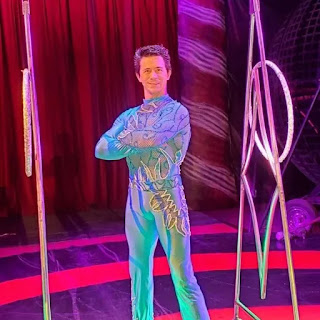 From Cirque land, James, Gonzales: Let's see, at least we see some kind of a prop, and since he toured with Cirque's Kurious (the last good CDS I saw), perhaps he learned to go super abstract. 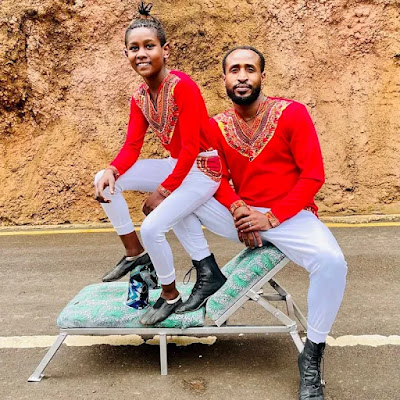 Golly, have we a duo?  Count them two solos in one! Ethiopia's Yab Brothers.  So, what exactly do they do, bio writers? Yet to be determined?  Risley, maybe.

Okay, so three’s a charm, a good theme for now.  Nik’s forebears tried taking out a circus of their own, and the tents fell in weeks. Has happened to other performers, too.   But ... but, the Ringling Brothers were performers before they turned themselves into circus kings. Paul Binder and Michael Christensen performed before they produced. 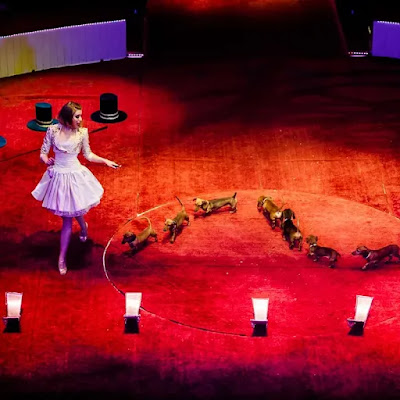 Yes, they are not miniatures but real!  And they rocked America's Got Talent.  I saw the You Tube. Pure gold, kids

"We can't wait to reveal the new show that will certainly mix traditional circus and modern updates," said Wallenda to AMNY.

On balance, I see Nik making some very smart moves at the outset. Not sure he can be both star performer and effective CEO. But this I think:  We can rest assured that “character arc” does not count much if at all in his mind.  Pray he keeps the dramaturgs out of his tent.

Posted by Showbiz David at 9:52 AM

Big Apple was about the theme that tied the program together. This looks to be a thrown together program - bound to be typical American laziness and minimal effort. Get a tent, get on the phone to book some acts and call it a show. This is going to be garbage.