Even Big Top History is on the Brink 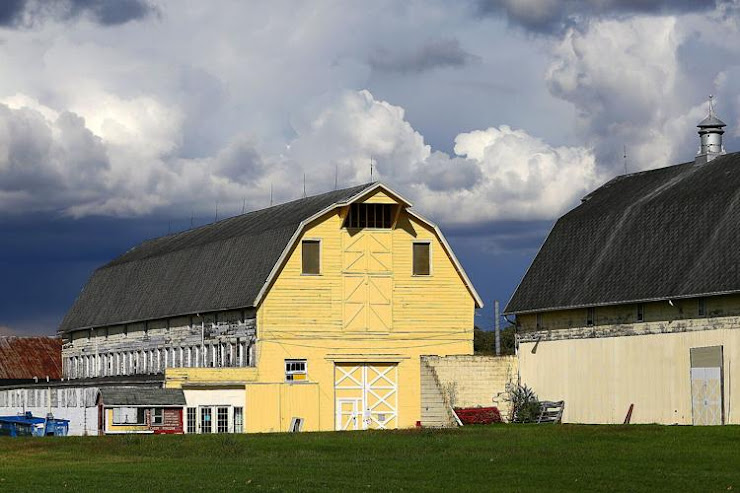 Indiana Circus Hall of fame building teeters on rotting beams, emergency donations sought. It was rasied by the American Circus Corporation one hundred years ago. 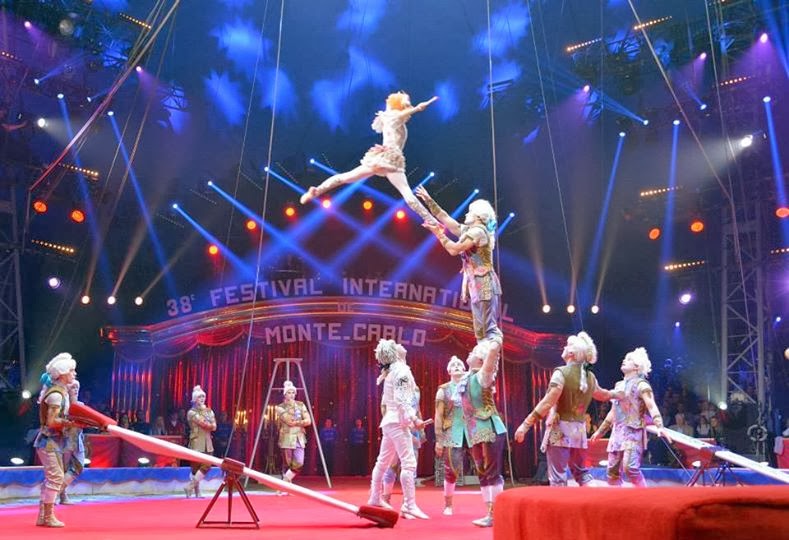 Her incisive reviews appear in London's The Stage.  She might be the most discriminating circus critic on the planet.

On balance, reading through Liz Arratoon's review of the just presented Monte Carlo Circus Festival, her quibbles seem less pronounced and fewer in number, lending the impression that this was one of Monte Carlo's best campaigns.  In conclusion, she writes,  "This year the jury, headed by Princess Stephanie, was spot on with the Gold Clowns awards, which went to the wildly popular Desire of Flight and the Sokolov Troupe".

Here are a few excerpts from Ms. Arratoon's critiques of the acts.  The subheads are mine. 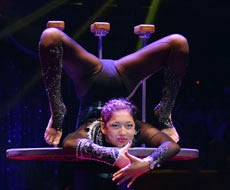 All of the following text is by Liz Arratoon; subheads by myself

Yet another American in the festival is the neat and strong hand-balancing contortionist on canes Alexandra ‘Sasha’ Pivaral.  Squeal with excitement because with high skill and a gorgeous crystal-encrusted black/gold costume this is pure class. Her extreme flexibility allows her to strike many unique poses without a hint of arm wobble, and she even seems to be able to rotate her knee joints. Fixed on one arm, she shoots an arrow from a bow with her feet, and ends by revolving on a mouth stand in a Marinelli bend

Ukrainian acrobats chunky Vlad Kostenko and slight Anton Savchenko make up the Kvas Duo. It is slightly unfortunate for them that this type of strong-men hand-to-hand act is so familiar you feel you’ve seen it all before. They are great exponents of the art and their head-to-head finale is extraordinary, but it’s all a bit too clinical.

China’s equilibrist duo from the Suining Troupe display astounding strength and balance skills in an overly melodramatic number on a platform bounded by two flights of pedestals. Flashing from arm to arm in a one-arm handstand or balancing one-armed on a tower of boxes are impressive but the finale of jumping down and up the steps on one hand and then descending while one balances on the other’s neck brings the house down.

Klok has the sense to change his whole act and although it’s essentially the same trick - box-jumping - dressed up differently it is great entertainment. He’s just so showbiz, so slick, so quick and his assistants so feisty you can’t help but buy into the schtick. His final escape suspended upside down between the jagged teeth of two saws that will skewer him when a burning rope breaks is pure James Bond. 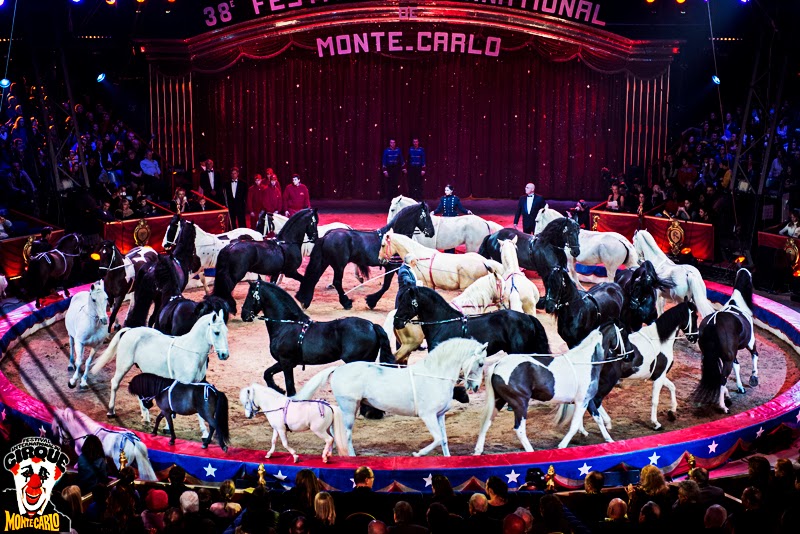 Sometimes aesthetics get lost in the drive for circus innovation and the forced mix of trampoline and Risley skills from Wuhan’s Acrobatic Troupe is a case in point. In this truly dangerous and daring act two platforms revolve like opposing clock hands next to a trampoline, which bounces the young flyers to the feet of the catchers, who then foot-juggle them. But with ugly equipment and costumes and bombastic music, this seems ill-considered.

The evening’s clowning includes wearying antics from the Nikuline Circus stars Kolganov and Belogorlov, and the lengthy traditional bonbon routine of the Munoz Trio. Neither is funny. Enough said.


Return of the Seals

Then we step back in time with Conchi Munoz and Gary Jahn’s traditional act. Question: what’s black and shiny and can do things most humans can’t. Answer: sea lions Ziggy, Andrew and Nelson. With very few commands from the trainers, these expert slickers do most everything from balancing beach balls to walking on their flippers, and are warmly received.


The True Essence of Circus

Russian duo Desire of Flight - Valeriy Sychev in white and Malvina Abakarova in black - are simply sensational on bouncing aerial straps. This act - seen in Phillip and Carol Gandey’s Cirque Surreal - is about total trust as they fly without any safety devices and perform a stunning and seamless series of high-speed moves, including some hair-raising ‘drops’ and catches. The drama ends as she rises on the straps before falling into his arms. There are gasps from the crowd and a standing ovation. This is what circus should be about; skill, beauty and danger in equal measure.

From Showbiz David: Bravo to that!  And Bravo to Princess Stephanie! 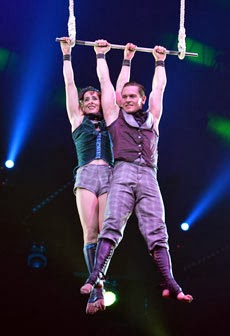