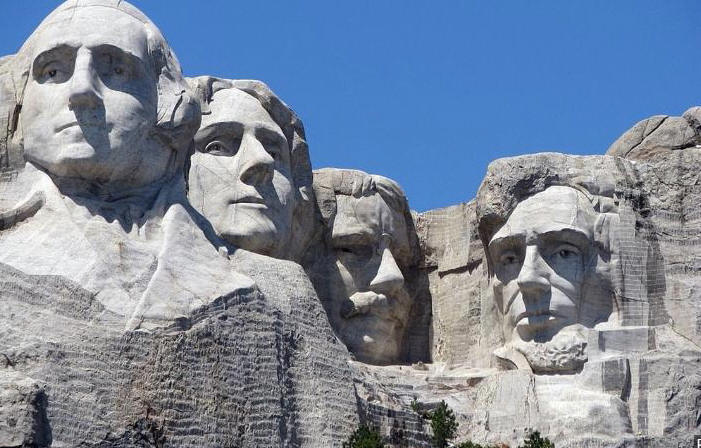 The Mourning Midway: Shocking Evidence of Bogus Big Top Rip-Off in the Garden of Hell ...

Whose Garden?  There are, as most of you know, two Gardens putting on circus shows (and I often get them mixed up) -- one fairly respected, the other a shameless shyster who is now tarnishing yet another great old circus name -- Cole.    Was he not the one who  gave Toby Tyler a bum rap?

King-Cole is, or was, ripping and tearing through,among other victimized communities, parts of Utah, with a "show' from first hand accounts so terrible as to merit infamy in the Guinness Book of Records.  One patron, Stephanie Mair, who shelled out $82.09 to get her family in, reported, "It was lies. Promised were camel and pony rides, a kids' fun zone, acrobats and motor cycle stunts.  None of that happened."

She added, "It was completely bogus.  If you went to a high school to see a talent show, that's what you would have seen here."  I beg to differ. Based on a hula hoop work-out and one lone clown in the King Cole ring, as shown on local KTUV in its report, that's an insult to high school productions.

Even the old crooked shows in days gone by front-loaded with pick pockets and card sharks (Daily Bros comes to mind) delivered acceptable if not noteworthy entertainment.

Circus Report, upset over isolated media coverage of King-Cole's brazen con job, wrote.  "Our industry does not need this kind of press."  No it does not, but I would argue, Bill and Jan, that sometimes facing the truth can have positive long term benefits. And I do gratefully thank you for covering this sordid episode, which I followed all the way to the most despicably cheap set up -- seats and ring -- I have ever seen posing as a circus.   Hold your breath!

Is there anyway to shame the offending Garden off the road?  Does he hobnob with insiders at the Showfolks clubs in Sarasota?  I'd urge them to turn their backs on this traitor. Revoke his pass.  Deny him access to any lot.

One woman took her little boy, and he knew he was taken.  "My son told me he hates the circus."  Another nail in the cross?

Are we in the last days?  It feels like how, when a corpse rots, in come the maggots to suck up what's left of it.

A customer seeking a refund shot a video of a staffer shouting him down and asking him to leave.  Yelled another staffer, "It's a freaking a circus, and it was cheap!"

Okay, the bitter truth laid bare:  First, a King-Cole poster on its website:

And now, what spectators actually got. 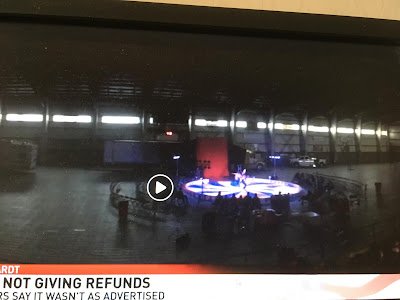 Sometimes the bare truth is almost beyond belief. I could never have imagined anything as crummy as this.  So here, let us respect and ponder the words of one stunned patron, who was there to witness this wretchedly fraudulent operation.

"This was absolutely the worst circus I've ever been to in my life!  Even my 5 yr old daughter got bored and started resting her head on my knee before the 20 minute intermission came up.  After that we left.  It wasn't worth seeing the second act.  Total waste of money.  The concessions stand is ridiculously priced for such a horrible show.  Here's what we did see and it was not as advertised.  We saw two really bad clowns.  I mean bad.  Trying to act like mimes, but they give mimes a bad name.  There was an amateur acrobatic (Only one) who did some hula hoops and hung on a rope for 5 minutes.  Separately.  She hula hooping and the rope together might've been cool, but no.  We weren't that lucky.  Toward the end of the first half some dogs came out and did some tricks.  The kids play zone was cancelled for the day.  So no horse rides or camel rides as advertised.  No bounce house.  Just a tiny circus act on a tiny mat I can fit in my backyard by 6 people.  No lions, camels, horses or elephants.  The worst part is my daughter didn't like it.  Don't waste your time or money.  I wouldn't go see this show again if it were free.  Worst circus on Earth!"
Posted by Showbiz David at 7:00 PM 2 comments:

DISNEY’S REMAKE of its 1940 classic is being savaged by the critics, Rotten Tomatoes  giving  it a whopping 47%, compared to The Greatest Showman’s 56%.  Film clip tease  shows period wagons and yet new age Ferris wheel on the midway, DUH?  Opened big at box office, but in third week,  looks to be sinking fast. If it's as lame as critics say, I can’t see it trumping the bad reviews like Showman was able to with its socko musical movie layout ... What next from Hollywreck? A remake of The Greatest Show on Earth starring Lady Gaga as Rosa, the Beauty Queen, Johnny Depp as The Great Sebastian?

BIG APPLE to launch a “national” indoor tour, first venue the 10,00 seat Times Union Center in Albany NY.  These big cement barns have become circus morgues, thousands of empty chairs mocking the commercial value and relevance of  what passes through the ring(s), however worthy it may be.   Only inside a smaller tent might a circus have much of a future these days.. “National” to the  man who runs Big Apple apparently means a date or two beyond New York city.

KING COLE’s website page of future dates is now blank, and should this surprise any of us?   I don’t know how or why he does it, unless he works many angles in raising money and selling on line tickets that are not refunded because buyers don’t make the effort to seek such.   Your guess, Processor Fate? ...  Here’s a raw review of one aggrieved customer: “Omg! I don't even have words for how awful it was. We were at the 4:30 show and left at intermission. That's how awful it was. My 4 year old asked if we could leave 3 times before intermission. It was a disgrace!”

CAN SOMETHING so bad be converted into Premium Camp and become the Next Big Thing?   I remember wishing that satirically wicked Circus Oz would take is inclinations all the way, and stage a complete comic collapse of the old circus they enjoy making fun of.  We’ve had tears.  How about some laughs?

ONLY PERFORMERS can review (shame on me!):  In his heated rebuttal to Herb Ueckert’s review  in Circus Report of  the Friesan riders in Cirque Ma' Ceo (see my last post down), trampoline veteran Jack. M. Beebe argues that only a select few have the right to discuss and argue the artistry of a particular performer’s work.  And who might they be?  “Only performers and show people have that privilege and right to argue that forever. ‘So called’ reviewers do not!” ...  So preposterous a notion is ill-deserving even of a rebuttal.

END RINGERS: Crowds and no crowds.  Kelly Miller you tubed in high speed by visiting Lunas Circus folk, best act being a  compelling rope jumping by the young Mongolians, and seen by all of, what – maybe 15 people in the tent, or am I being kind?... Over at Circus Vargas, Alex Smith in CR noting business in Burbank, slow at first, but building to full houses mid week ...

OKAY, WHEN my train pulls into Chicago tomorrow afternoon, I will try posting this in the Metro Lounge, assuming they still have Wi-Fi. How nice not be near media hysteria the last two days ...
Posted by Showbiz David at 2:17 PM 1 comment: 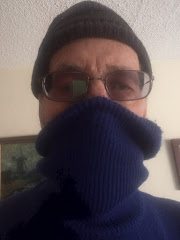 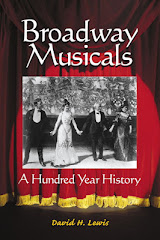